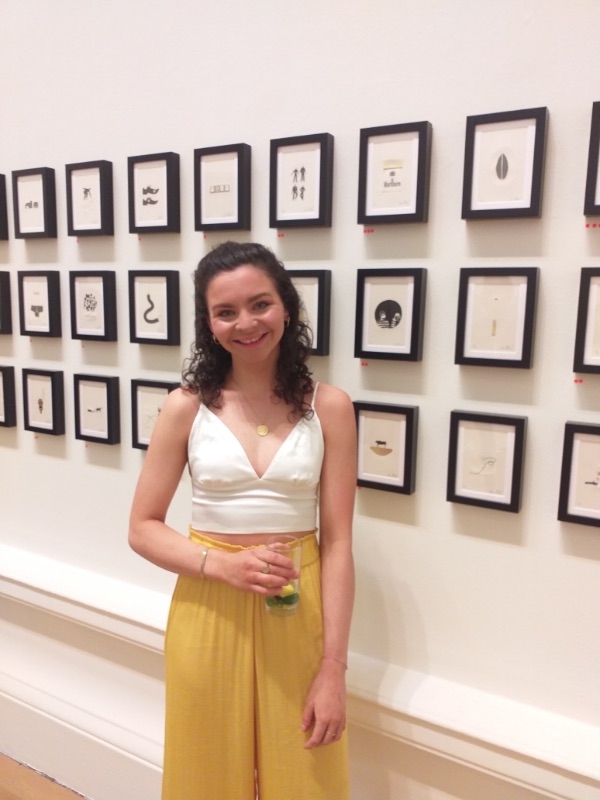 The Trust awarded two prizes at the Edinburgh Exhibition held in February at the Royal Scottish Academy.

Erica Paterson won 1st Prize. She is a graduate of Gray’s School of Art, Aberdeen

We were impressed by the attention to detail and the imaginative and varied use of the black and gold palette, as well as by the ingenious use of the repousse patterns in the paper.  The pictures were often witty and always intriguing.

Erica writes:  Through a series of illustrations, I invite the audience to engage with the mystery behind the tales of my family legacy. The fireside culture of storytelling our predecessors engaged with is something of the past in the western world today. In an era where our digital entertainment is prioritised over the social exchange of family stores, we are now often ignorant of the basic details of our relatives' legacies ...

Naomi McClure won 2nd Prize. She is a graduate of Gray’s School of Art, Aberdeen 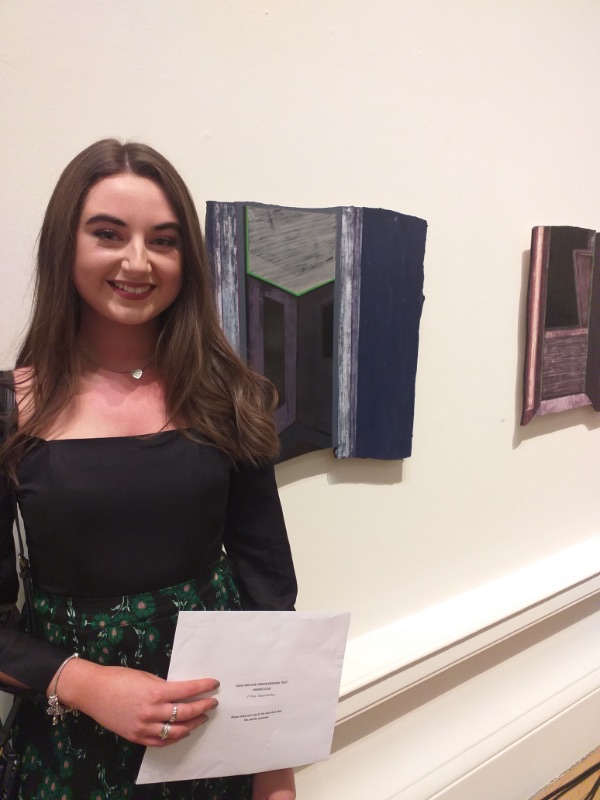 We admired her mastery of perspective and felt drawn into these dark spaces.  We also very much liked the way she handled paint and created depth and intensity with the layering.  The floating effect was ingenious.

Naomi writes: I am interested in exploring the untimely deaths of high-profile celebrities, principally those that belong to the 27 Club; the unofficial name of given to the group of celebrities who died at the age of 27.  I work solely from imagery gathered in response to the written descriptions of the crime scenes, examining imagined spaces and dark narratives. These fragmented descriptions are echoed in the form that I use, with the resulting work discovered through a process of collaging and appearing to float from the wall.