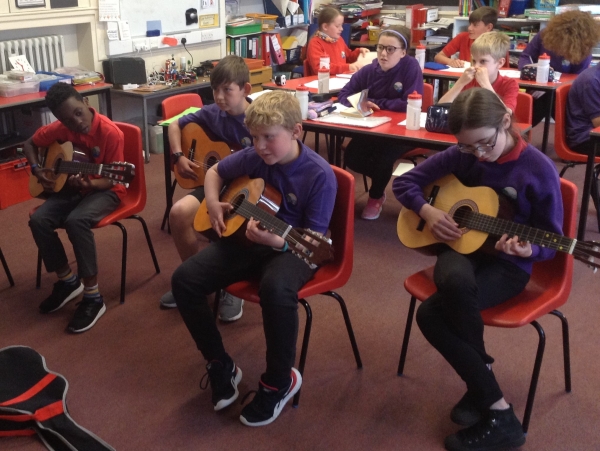 The Trust were delighted to help Keig School with their online Music Week. Their two tutors taught drumming, singing, guitar, fiddle and keyboard in a mixture of groups and whole class settings.  At the end of the week, there was a sharing assembly with the tutors performing and the children performing for each other.  At the time, the classes were in two bubbles so they could only share virtually and the older class were still not allowed to sing.  Despite the restrictions, the children enjoyed the activities and were proud of their achievements. P1-4 performed a Gaelic song and P5-7 a Traditional tune on the keyboards.

The Tutors were Daniel Thorpe, Mike Bryne and Kaitlin Ross and did a fantastic job.

Some comments from the children include: “I liked the guitar best and seeing the tutors; I liked the tunes we learned to play; I liked seeing what the other class had learned; I liked it when we learned the tune on the keyboard and when we played it for everyone; I liked doing drumming and violin; I learned to play instruments I had never played – the violin was the best”.