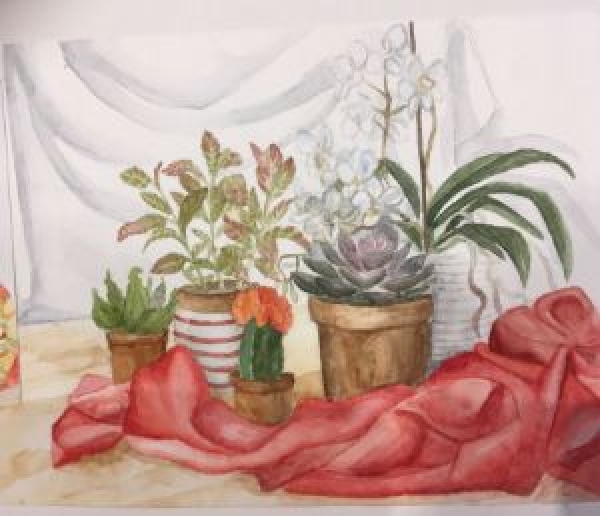 By Anna DewhirstThe annual DJGMT Schools Art Competition took place in November 2019. All Aberdeen and Aberdeenshire schools were invited to take part, with 6 schools taking up the invitation.

The judges were very impressed by the very high standard of art they saw at the schools during the competition and congratulate all the pupils who took part, and their staff. It was a difficult, but most enjoyable, task to reach a final decision in the two age categories.

In addition to this Schools Art prize, the Trust awards a further annual art prize through the Royal Scottish Academy to an artist with residential or educational links to North East Scotland.

Because of the pandemic, the trustees reluctantly decided that it was not be possible to run the 2020 Schools Art Competition but plans are being made for the 2021 competition. This will probably run on a rotational area basis to cover a larger number of participating schools.

Copyright © 2021 David and June Gordon Memorial Trust (Scottish Charity No. SC00266). All rights reserved.
Our site uses cookies. If you're not happy about that please hit your back button.